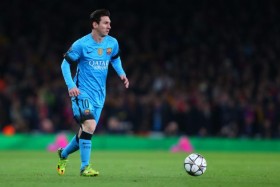 On the morning that Barcelona’s Champions League knockout campaign began, adidas rolled out Messi’s first signature colourway of the year. A bright ‘Solar Slime’ design that was worn for the first time against Arsenal at the Emirates. AMG and Khel Now were the first to field test this exclusive piece of footballing heritage out! We rated