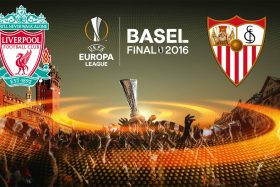 A NEW ERA AT LIVERPOOL “When I sit here in four years’ time, I think we want at least one (Premier League) title.” Thus began the Jurgen Klopp era at Liverpool. A little over six months later, after the highs and lows and everything in between, Klopp’s first season at Anfield is heading to its