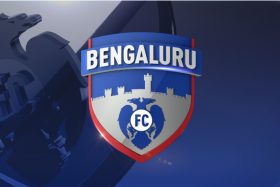 In three short years since their inception, Bengaluru FC have become the flag-bearer of Indian football, and come Wednesday the Blues have the chance to step forth into a new era and go where no Indian team has before, as they prepare for a titanic clash with Malaysian side Johor Darul Ta’zim in the AFC Cup Semi-Final.

For a club in such a nascent stage in their history, Bengaluru already have a burgeoning trophy haul. They won the I-League on their first attempt in 2013/14 and the Federation Cup title the season after, before reclaiming their I-League crown last season.  Ashley Westwood, the man who guided them to these titles departed at the end of the season, and it is now the task of former Barcelona assistant manager Albert Roca to write the second chapter in their history.

Under Westwood, Bengaluru began their campaign in the group stages of the AFC Cup having gained qualification via their Federation Cup win. Placed in Group H alongside defending champions and their semi-final opponents Johor Darul Ta’zim, Lao Toyota and Ayeyawady United, things began in difficult fashion for the Blues with defeats against Lao and JDT in the opening two games. Up next were back-to-back games against Myanmar National League champions Ayeyawady, and Bengaluru registered impressive wins in both, the first a narrow 1-0 win on the road, and the second a topsy-turvy eight goal thriller at home which was settled 5-3 in their favour by late goals by Beikhokhei Beingaichho and Alwyn George. Another home win against Lao in their penultimate group game meant that despite the 3-0 battering away to Johor on the last match day, Bengaluru made it through to the Round of 16.

Up against Kitchee SC of Hong Kong in the round of 16, Bengaluru delivered another entertaining goal-laden encounter, winning thanks to Daniel Lalhlimpuia’s odd goal in five. It was easy pickings against Tampines Rovers in the quarter finals, despite the score line suggesting otherwise. Having taken an early lead through CK Vineeth’s 7th-minute strike, the home side missed a glut of gilt-edged chances to take their narrow lead to Singapore where a goalless stalemate meant that they were through to the competition’s semi-finals, becoming the third Indian side to do so after Dempo in 2008 and East Bengal in 2013. Both sides suffered from ill-fated heavy defeats then, something captain Sunil Chhetri has insisted his side is ‘not even thinking about’.

Up next in the semis were group stage opponents Johor. The previous meetings between the pair made for ominous reading for Bengaluru, with the Malaysian Super League champions putting four unanswered goals past them in their two victories in as many games. Clearly, Bengaluru needed a change in approach and they delivered the goods, with a high-intensity pressing game forcing JDT into committing mistakes as they ended the game with a disappointing 1-1 draw. They now stand on the cusp of something truly special to cap off what has been a great season for Indian sides in Asian competition. Alongside Bengaluru, Mohun Bagan too made it through to the knockouts after topping their group. This is the first time two Indian sides have simultaneously progressed to the knockout stages, something that will be seen as a springboard for football in these parts going forward.

If anyone knows that the job is all but half-done, it is Bengaluru and Indian skipper Sunil Chhetri. The top scorer in all of the club’s three seasons and yet again in this year’s cup run, Chhetri has billed the decider against JDT as ‘the biggest game of my club career’. Something that Chhetri and his teammates will welcome is the news of the absence of Jorge Pereyra Diaz and Juan Martin Lucero, JDT’s leading strikers who have 33 goals between them and lead the scoring charts in the league.

Bengaluru have received encouraging endorsements from the likes of former Dempo and East Bengal striker Ranti Martins. The Nigerian marksman, who took part in the I-League for 12 seasons and is the highest scorer for Indian clubs in Asian competition, believes that the likes of CK Vineeth can provide the firepower up top needed to fire Bengaluru across the line and into the final. Martins also picked out defender John Johnson and ‘keeper Amrinder Singh, who made a string of fantastic saves in the first leg to deny JDT, as the key players who need to step up if Bengaluru are to progress.

All that is left now is for Bengaluru to step on the pitch and continue to do what they have done all campaign – defy the odds. What’s at stake? A chance to put Indian football on the Asian map. On the threshold of glory, it’s time for the Blues to once again hoist the Indian football flag.